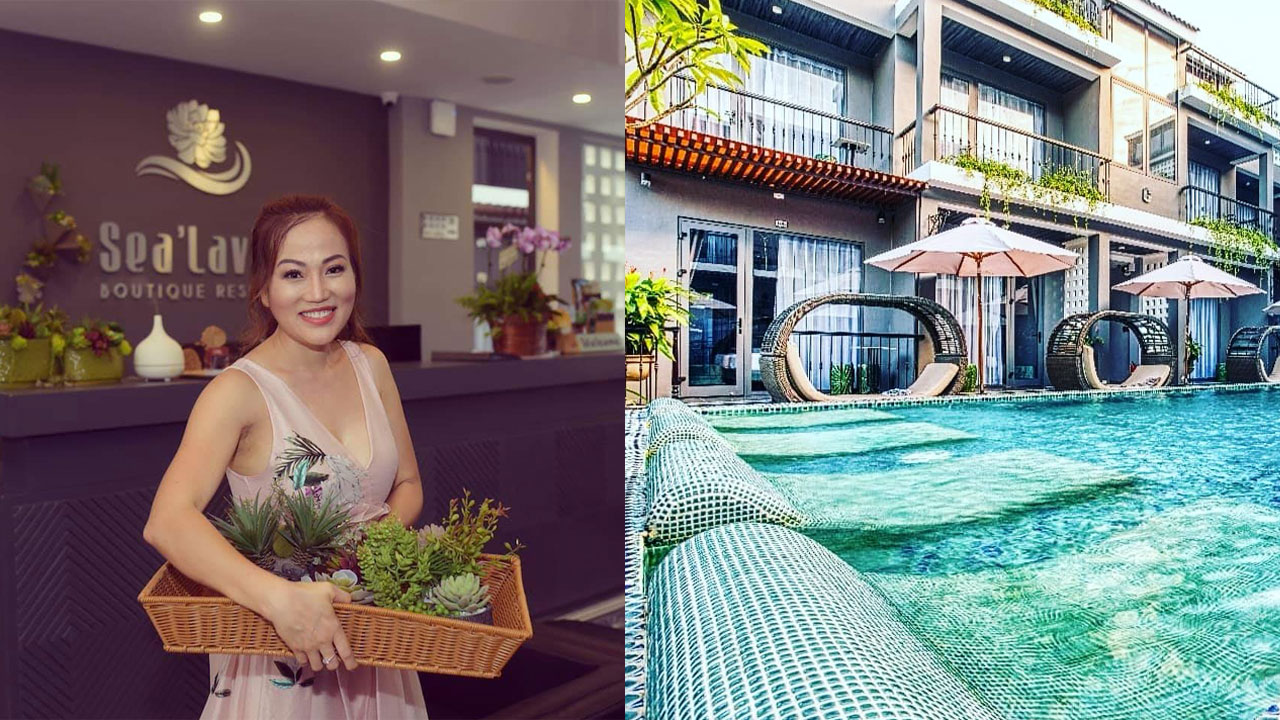 Alumni
Graduate Jenny N. Pham, who studied Fashion Design at FIDM, is the Owner and Manager of the Sea’Lavie Boutique Resort and Spa in Hoi An, Quang Nam, Vietnam. The former Fashion Designer served as the Interior Designer for her latest project, and was involved in every step of the design process, from the planning to the architecture.

“It was a big project for me and took over a year to be completed,” said Jenny, a native of Vietnam who has bought and sold four different boutique hotels over the last five years. “For each old hotel that I bought, I applied my design skills that I have learned to transform it to something nice and unique that attracted to hotel guests.”

Design has been part of Jenny’s life since she started designing clothing for her Barbies at age nine. After school, she’d collect scraps of unused fabrics from nearby tailor shops and transform them into the gowns she’d seen in fairytale movies. “The neighborhood kids were fascinated by this undertaking and offered to buy the custom clothes for their own dolls,” she explained.

In 1996, the budding entrepreneur immigrated to America to pursue her career in design. By 2003, she launched an apparel collection, Jenny N, and saved enough money to open her first boutique in Fountain Valley, California. One year later, she returned to Vietnam to open her second shop in the heart of Saigon. Shortly after that, she opened the third Jenny N store in the most popular department store in the country.

In 2005, she opened yet another boutique on famed Melrose Avenue in Los Angeles, which had clients such as Beyoncé and Paris Hilton. With a desire to perfect her craft, design knowledge, and business practices, she enrolled at FIDM in 2010 where she later graduated with top honors in Fashion Design.

Although she closed the Jenny N brand in 2015, design is still an important part of her daily life whether she’s designing a hotel project or indulging her passion for baking. “I consider myself a part-time pastry chef at the resort,” she added. “I put art into my baking techniques.”

From fashion to resort